Why the West still needs to stay out of Syria 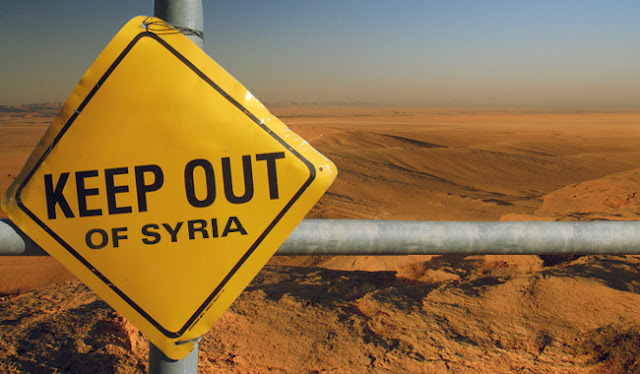 The argument behind the latest wave of calls for Western intervention is based on allegations of chemical attacked by the Syrian government on innocent civilians in Douma. The argument is that the use of chemical weapons crosses a line, and that the West, with its considerable military force, is well placed to step in and dish out justice.

While I readily agree that the use of chemical weapons crosses a line, I still maintain that Western involvement in Syria, especially at this point in time, will do nothing else but further damage an already broken country.

In my previous post, I argued that the perceived normalcy that Western interventions often leave behind can be as strange as the chaos that the intervention intended to fix. As far back as anyone can remember, the pattern of Western interventions has very rarely resulted anything positive for the people on the ground. Or even the residents of the countries that go in to intervene. Think Libya. Think Afghanistan. Think Iraq. We walk away thinking we've resolved the issue but we are more likely to have messed things up even further. But for some strange reason, we still insist on charging around the world to dish our our own version of justice and install our own version of order.

Another reason for caution and hesitation is the current state of world politics. With heightened tensions and the potential for severe consequences beyond Syria, we cannot afford to storm in with the same half-baked approach that has resulted in catastrophe in other parts of the Middle East. Particularly with the current government in the US and the noise that has been coming from Washington since the Trump government took office, the consequences of the inevitable misdeeds that will come as a result of any intervention will be quite simply catastrophic.

And instead of respecting the delicacy of the matter and the need for a sensible solution, we have the supposed leader of the free world threatening war via Twitter. The Russians are also no backing down and are threatening to shoot down missiles and sink ships. Sometimes I wonder if Syria is no more than a front for the real conflict.

Ultimately, we have to ask ourselves what the end game for dropping bombs on Syria? Whatever it is we are trying to achieve, what confidence do we have that it is line with the will of the majority of the Syrian people. And if the West does succeed in overthrowing the current Syrian government, what do we intend to replace it with?

The ongoing conflict is nothing short of a disaster. More than 500,000 people killed and many more displaced. On top of this, there is no sign of the conflict coming to an end and instead of getting the people that truly understand the conflict to work out a solution that works, the conflict has been turned into a political football. We have a bunch of arrogant Westerners demanding military action as a "moral duty" without truly considering or understanding the consequences for the Syrian people most affected.

My insistence that the West stays out of Syria is not because I don't think it means well. It is because it has consistently shown a misunderstanding of the Middle East and how it operates. It has consistently been drawn in to add its considerable weight in a way that skews the balance of the conflict and often giving undue credibility to factions that are undeserving (often because these factions serve their purpose, not that of the people on the ground). And until this trend changes, I will continue to maintain that the West should stay out of Syria .