The problem with #BlackExcellence 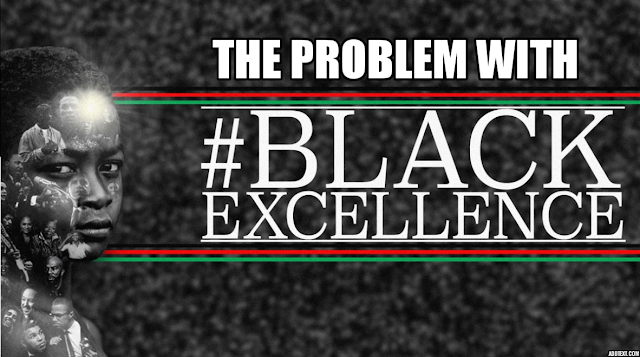 For most black people, or people that have enough Black friends and acquaintances, the concept of Black Excellence should not be foreign. It's an attempt to celebrate achievements of Black people who are perceived to be doing well or portraying qualities and abilities that make the black community proud. For example, there's the recent case of Dr Oluyinka Olutoye of the Texas Children's Fetal Centre, who removed a baby from its mother's womb at 23 weeks old, successfully operated on the baby to remove a tumour and returned it back into the mother's womb. The baby was then delivered healthy and naturally at 36 weeks.

Now, there is no doubting that this achievement is excellent in every sense of the word. It is an astonishing accomplishment and one that should be celebrated without hesitation. And as you can expect, this story has been shared all over social media and in various WhatsApp groups as example of Black Excellence.

Now, my issue is nothing to do with whether or not this is indeed excellent or to be celebrated. My issue is with the assumption that the convergence of excellence and Black people is something that should be celebrated. Like we have to point it out for the world to see. Like Black people from all corners of the world have not consistently been excellent at as wide a variety of activities for as far back as time goes.

There is no denying the fact that many people with questionable motives seek to underplay the achievements of Black people or even conspire to blot out these achievements from the record books. I am very aware of the prejudice Black people face on a day to day basis as they endeavour to establish themselves at work and in life in general. However, I don't believe playing fools at their game is the way forward.

A wise man once said "it's not what they call you. It's what you answer to". There is no need to prove excellence or show proof of excellence for any reason whatsoever. Excellence always speaks for itself and is its own validator. It doesn't need any fanfare and certainly doesn't need any hashtags. Also, answering to every provocation never converts the naysayers. All it does is open up an unnecessary conversation about a non-issue. It is tantamount to stooping to the level of the racists and trying to play them at their game.

Another wise man said "don't argue with fools, because people from a distance can't tell who's who". If the purpose of #BlackExcellence is to change minds, then it's a loosing battle. These people are not interested in being reasonable or giving credit where it's due anyway, so why expend energy on them? They are so far away from reality that engaging with them will not lead to anything productive. Why stoop to their level, especially when you know they're probably not interested in anything you have to say?

My biggest issue with #BlackExcellence is actually that it is a norm, should be expected and should not be treated as anything "special". Just because some are unable to recognise this shouldn't mean we have to start jumping through hoops and pretending like its "special". Excellence is the standard. It has always been and always will be. Until we all start to behave as such, we are just wasting our time with the hashtags.
at January 28, 2018