Despite intense media campaigns to undermine his integrity and opposition attempts to amplify his faults, Donald Trump continues to record remarkable numbers in polls. His followers also seem to have the loyalty of martyrs. Staying with him despite his faults and failings. If things continue as they are, it pains me to say it but Donald J Trump will surely become the next president of the United States of America.

However you look at it, Trump's support base is quite fascinating. Especially when you consider that they have pretty much defied every preconception in mainstream politics. It is easy to dismiss them as uneducated, super-conservative white men but the polls suggest something different. For example, Trump is polling very well among Republicans with degrees. Some polls also suggest that he is running stronger than average among Republicans who support abortion rights. The huge majority of his support base is male but he most recent polls suggest that he is yet to fall below 24 per cent support from women in a single state. That mean that roughly one in five women support him. Some polls also suggest that support amongLatinos and other minority groups is rising. 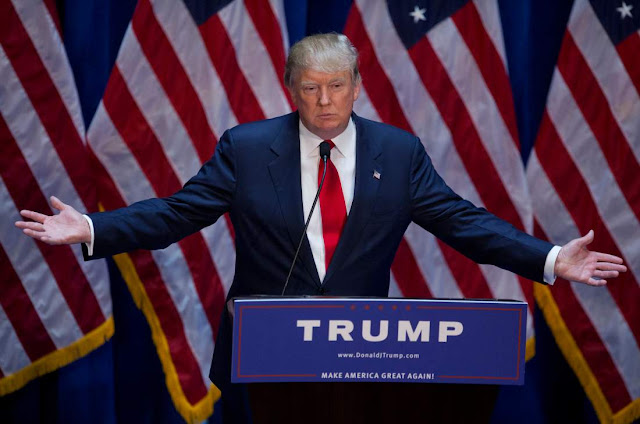 These numbers seem to defy logic but one thing that doesn't is the fact that Trump has a huge following among people who have 'had enough of the system'. A RAND Corporation study found that voters who agreed with the statement “people like me don't have any say about what the government does” are 86 per cent more likely to support Trump than any other candidate. This, for me, is the statistic that explains Trump's seemingly unshakable support. Here is a man with no political background to speak of running against the wife of a former head of state in a country divided on so many lines and all the various sections pointing the finger of blame at the establishment. It seemed like a bad joke to start with but further review will show why he is an 'anti-establishment' movement's dream.

Brexit pretty much followed the same lines. It would be easy to assume that most pro-Brexit voters were white people of British heritage who were tired of foreigners but the number of ethnic minorities that voted for Brexit should not be underestimated. I personally lost count of friends and acquaintances that voted for Brexit, most of them Londoners and of African decent. There were a variety of reasons why they voted but one thread that ran through was that of discontent with the norm and the opportunity to change a system that they didn't like. The 'debunking of myths' and 'warning signs' were of no consequence. The greater goal was more important than whatever character flaws the messengers carried.

You could say the same about Trump and his followers. The parallels are just too similar and I am beginning to be less surprised by how events are unfolding. Whatever the intention and however we got here, we live in a world that thrives on systematically dividing people. The conservatives against the liberals. The socialists against the capitalists. The educated against the uneducated. Add the big city versus country divide to the mix and you have the perfect mix of ingredients for a 21st century revolution.

When you consider that only 57 per cent of eligible US citizens voted inthe 2012 election , that means nearly half of the country did not vote. Granted that there will be a multitude of reasons why the 43 per cent did not vote but this also means that they are an untapped resource for whoever has the means and rhetoric to engage them.

Trump's impending success is based on the fact that he has been able to unite a significant portion of people that feel like they have been on the wrong side of the divide for too long. Whether or not this is right is up for debate but it is of little consequence at this point. There is also the added advantage of being able to self-fund his own campaign which means he doesn't have to justify any expenses to anyone and can invest as he sees fit.


Trump is not everyone's cup of tea but I am confident that he will become the next president of the United States of America because what he has to say has traction. Maybe not with the majority of you that will read this but we made the mistake of underestimating the impact of people outside the mainstream with Brexit and it might be too late to change the inevitable with the Presidential race. Perhaps this is what 'the silent 43 per cent' have been waiting for. This definitely seems to be their moment in the sun. I just hope, for the sake of the world, that things don't get as ugly as the current rhetoric suggests.
at July 22, 2016