The curious case of Delta Airlines and Adam Saleh

By now you would have heard the story of Adam Saleh, the YouTube prankster that was kicked off a Delta Airlines flight, allegedly for speaking Arabic to his mum on the phone and with a friend he was travelling with. Apparently whatever he did or said made up to 20 passengers uncomfortable.

Since the incident happened on Wednesday, social media has been awash with every imaginable reaction, from calls to boycott Delta to claims that it was all a hoax. Many have pointed to Saleh's previous pranks that involved speaking Arabic and doing other provocative things to get a reaction. According to these doubters, Saleh's reputation leaves him with little credibility. Something like the boy who cried wolf. 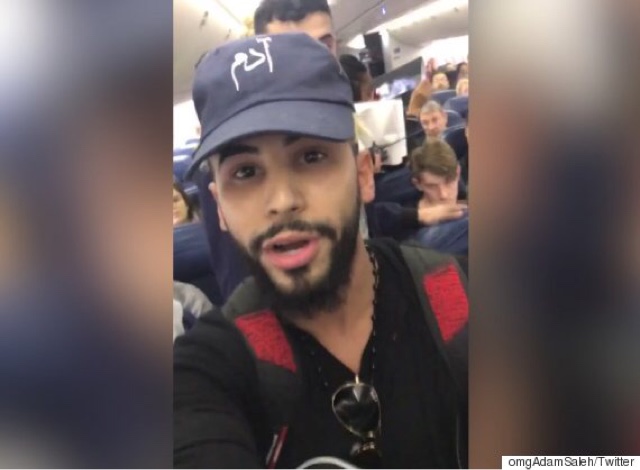 In another development, Delta Airlines issued a statement defending their decision to remove Saleh from the flight. According to them, "based on the information collected to date, it appears the customers who were removed sought to disrupt the cabin with provocative behaviour, including shouting. This type of conduct is not welcome on any Delta flight.”

“While one, according to media reports, is a known prankster who was video-recorded and encouraged by his travelling companion, what is paramount to Delta is the safety and comfort of our passengers and employees. It is clear these individuals sought to violate that priority.”

Another eyewitness on the flight has come out to claim that there was indeed some provocative action from Saleh at the root of the ensuing situation. Basically, he shouted in Arabic and some people got really uncomfortable.

If this was indeed the case, surely the solution would be to mediate the situation, move people around and find a way to restore some calmness. Especially when you consider that Delta has been under pressure recently for allegations of racism against staff with the case of the black lady who 'wasn't a doctor'. The last thing they needed is another controversy. But no, Delta is not that sort of airline. Their staff have not been trained to handle these situations tactfully.

I am not saying this based solely on Saleh's story. I have also recieved similar treatment from Delta staff. On a flight from Heathrow to JFK, I was 'randomly selected' to have my bags searched (emptied out) at the entrance of the plane. Not at the security checkpoint where everybody puts their bag through the scanner. Right at the door of the plane.

Picture this - as everybody is boarding the plane, I am being searched and patted down. The only other person that was 'randomly selected' was a Latino lady (make of that what you will)

Fast forward to passport control on the other side and I was taken to the homeland security office to answer questions about whether or not I knew how to fire a weapon or if I'd ever been to Somalia aka terrorist training camp. I still don't know why I recieved this treatment but apparently it is something to do with the underwear bomber who also happened to be Nigerian. I am not the only one to have this experience either. I know someone else (also Nigerian) that experienced the exact same situation on at least five seperate ocassions. I haven't flown Delta since and never will.

I am not trying to equate my experience to Saleh's but there are some parallels. Both instances are the result of profiling. Saleh was assumed to be a threat because he is Arab and I was assumed to be a threat because I am Nigerian. Ironically, it is this sort of behaviour and reasoning that gives Saleh's pranks a platform. If people weren't so paranoid, hearing another language would not make you so uncomfortable. I hear people shouting in English everyday but I don't think they are about to commandeer my belongings like they did in Africa years ago.

However you look at it, Saleh is not a terrorist and there is no way he would've been seen as a threat is he wasn't Arab. To miss this point and to pander to people's prejudice is a huge error of judgement from Delta and it shows where their priorities lie. And the fact that this is not a one-of suggests that there is some intent behind it all.

I am not going to pretend to be surprised by this sort of behaviour but if it is going to continue unchallenged and even encouraged by the authorities at Delta, they must be made to pay by the public.

I am fully behind the move to boycott Delta. I have been doing so for a few years. Our values are clearly different and I will not be giving them my hard earned money to support their prejudiced regime. I suggest you consider the same line of action. Not just for Delta but any organisation that needs to learn a lesson. 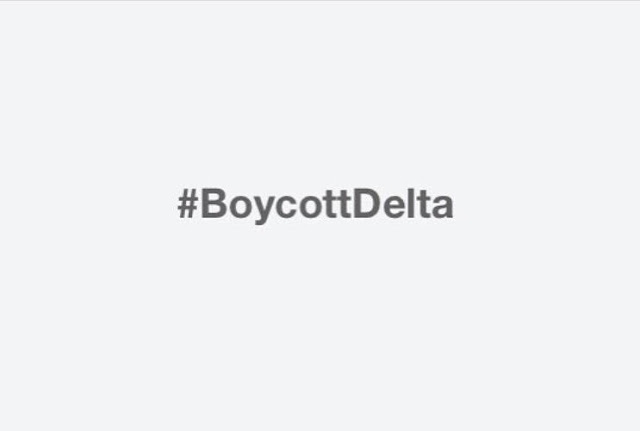