Of media conspiracies and hidden agendas 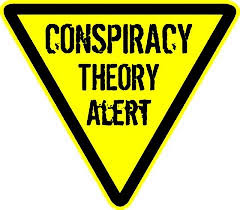 The conspiracy theory of a media agenda to propagate values and narratives that are contrary to what is true and right is one that just won't go away.

Hardly does a day go by without at least one of my social media acquaintances pointing out a story that differs from theirs or is not at ease with their world view. If it's not on matters of religion, it is on those of race, culture, politics or whatever else they choose to take issue with. But the more I hear about this apparent conspiracy, the more it becomes clear to me that many of these guys are only regurgitating what they heard someone else say and do not really possess much of an understanding of the media and how it works.

The media by nature is a lucid and ever-changing organism. It is a big beast that consists of various elements. Some bigger than others and many at odds with others. The media is thus not one element, but a collection of elements, each fighting for a bigger piece of the limelight and to spread the message it believes to be right and true.

For instance, if a publication is established on the need to appeal to a demographic or to promote a certain message, you can be sure that this is what it will strive to achieve. Regardless of whatever the message might be or how it sits with the rest of society.

At the same time, if a media house is owned by a magnate with a particular proclivity, you can be sure that it will be reflected in the publications that it produces. For example, The Daily Mail is owned by Jonathan Harmsworth, a supporter of the Conservative Party and the current Prime Minister David Cameron. And as much as I'd like to assume the editor is an honourable man, I doubt he will be giving the green light to any stories that portray the Prime Minister in a negative light.

It would be ignorant and naïve of me to say publications don't have agendas they want to push. A big part of journalism is understanding the many angles from which a story can be told and consciously choosing which one(s) to pursue. It is for this reason that editorial teams meet regularly to decide on which stories they are going to tell and how they will tell it differently from other publications. It is on this that editors form the agenda for their publication, and in some cases, for particular editions and stories.

Some publications are more open about their agendas and some agendas are more palatable than others but when you read a publication, you should know what to expect. You don't read a story in Private Eye and expect to see the same views as you'd find in the Daily Express. Each publication churns out what it thinks people should hear or want to hear and trusts that people will find it and be informed by it.

There is a multitude of publications out there propagating various messages. If you don't like what you read in one publication, it is not an indictment on the media as a whole. It is just that the your views are at odds with theirs. If those views are of any importance to you, you should then seek to find a publication that supports and strengthens it. If you have enough passion and time, you could even start your own publication.

I hope I never hear of this “conspiracy” again but I know I will. And that is because people aren't too keen on exploring the media landscape and are very happy to carry on complaining about “what's wrong with the media”. The irony is that the only thing that is wrong with the media is that too many people are not playing their part, which is to be a check against publications claiming to represent them when they actually don't.
at February 27, 2013