Nigerians, non-alcoholic wine and the art of snobbery

Religion is a big part of Nigerian culture. A huge percentage of Nigerians profess either Christianity or Islam, and regardless of their level of dedication and overall adherence, there are certain things many will not touch with a stick in their bid for piety. The consumption of alcohol, for example, is widely frowned upon due to the Islamic stance on alcohol and widely held opinions of some Christian churches. There is also a stigma of irresponsibility attached to regular consumers, which is born out of stories and legends of 'the village drunkard' and other similar tales.
As a result, a lot of Nigerian events, well-known for their lavishness with food, all other sort of drinks and hospitality, are without any form of alcohol. Ifyou asked for wine, you would probably be handed a bottle ofsparkling grape juice aka non-alcoholic wine. And if you felt like sipping on some fine whiskey and made the mistake of asking for malt,you will be handed a bottle of something that looks a bit like Guinness and is almost as creamy as a milkshake. Nigerians are so in love with the idea of non-alcoholic wine that for some, real wine, regardless of its alcohol content, would not even interest them.
There is no denying that non-alcoholic wine tastes really good. It has an edgy taste that gives something of a buzz, and it goes really well with a lot of Nigerian dishes. Serving non-alcoholic wine also means people can go on to have a good time without worrying about the headaches and hangovers that come with every bottle of alcohol. Also, you don't have to worry about which guest will be possessed by Dutch courage todo or say something they will regret the next day. And apart from the fact that most non-alcoholic wines are more expensive than your average alcoholic wine, it is not difficult to see why it is such a popular choice. 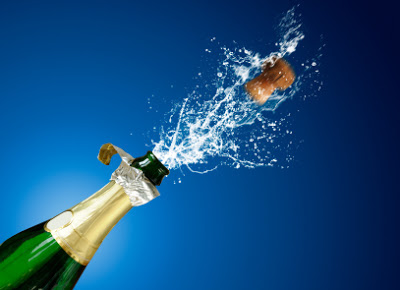 But sometimes I think this long-standing infatuation with non-alcoholic wine has little to do with piety and dreading hangovers, and more to do with the need by many sections of the Nigerian community to show-off . Wine, unlike beer and other forms of alcohol, is often seen as a status symbol and the preserve of the wealthy. Wine is regarded as fancier and a taste for good wine gives an impression of affluence. If there is anything we can all agree on about Nigerians, it is that many of us like the idea of wealth and enjoy partaking in any act that shows it off to the world.
As a result of thefluidity of the Nigerian class system, unlike the English system forexample, where you stand in society is determined by how much money you have now and how much of a statement you are making with it. No thought for how much you had or what you did in the past. And what better way to make a statement than by throwing lavish first birthday parties with lots of food and expensive 'wine'. No sign ofnon-alcoholic beer at any of these parties, though. Beer is for commoners.
Don't get me wrong, Ilove my Nigerian parties and everything that comes (or doesn't come)with them but I believe we need to face this infatuation and begin tobe more honest. Our love for Shloer and Pure Heaven has little to dowith religious piety and a lot to do with our need to show off. Wewant to be seen as serving more than just Coke and Fanta but don't to'commit a sin' in the process. It all feeds into the same mentalitythat informs the attitude of many Nigerians on shopping, private education and pretty much every aspect of life.
I sometimes thinkNigerians wrote the book on snobbery and arrogance. We are bred withan insatiable need to be better than everyone else even when there isno competition. This is our blessing and our curse but until weunderstand that serving non-alcoholic wine does not make us betterthan anyone, we are only fooling ourselves.
at December 19, 2012