The Charleston shooting is not all about race

JThe story of Dylann Roof and his violent murder of nine innocent people at the Emanuel AME Church in South Carolina has been all over the news and social media in the last couple of days. And with recent episodes like the murders of Eric Garner and Trayvon Martin still fresh in people’s minds, it is easy to see why a lot of the discussion has been around the topic of race. From suggestions that Roof’s skin colour has afforded him privileges, even as murderer, that many black Americans can only dream of to the unlikelihood of any true justice coming out of this because all the victims were black, the issue of race has loomed large over this episode.

While race is undoubtedly a significant element, there has been very little emphasis on the significance of religion and we would be doing a great disservice if we continue to do that. The plain facts are that one man killed nine people having bible study in a church. All the other elements are relative, debatable and just a matter of opinion. To continue to leave out these facts in our discussions will not give us anything near the accurate picture we need to make progress. But I have a feeling that the discussions will continue to relegate these facts to the margins and many won’t even notice or care. 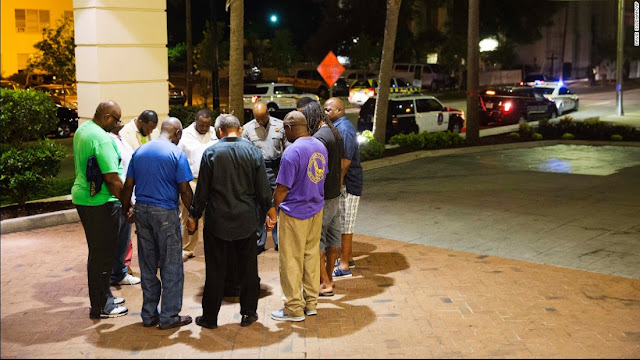 In recent times, the Western world has experienced a rapid rise in scepticism, atheism and a general reluctance to believe in God or anything beyond the physical as a part of mainstream culture. Books like Richard Dawkins’ ‘The God Delusion’ have become very influential in shaping people’s thoughts and approach towards religion and that for me is one of the biggest parts of the problem.

It goes without saying that everyone has the right to believe or not believe in anything as they please. The problem starts when people think it is ok to ridicule others for their beliefs and to intentionally disrespect anything others hold sacred just because they don’t think it is sacred. We now live in a world where mockery and disregard is the default response of many to religious people and their views. Just take a look at the comment section of any news story relating to any church body or the replies to tweets from any leading Christian figure and you will find a constant torrent of abuse and mockery.

Don’t get me wrong, freedom of expression is vital but respect and restraint should always underscore that. It’s all well and good to encourage people to think for themselves and to have the freedom to express themselves as they please but that should never be at the expense of anyone else’ dignity. These values are rarely encouraged in today's world and I can’t help but think we would not have this particular episode with Dylann Roof if that wasn't the case.

I am not entirely sure of Dylann Roof’s religious beliefs and therefore I am not suggesting that it is the reason for his actions. My point is that he is a product of a world where disregard for religion is permitted and often encouraged. A world where a man can take a gun into a church and open fire on innocent people studying the bible.

I am also not suggesting that this is all about religion but we shouldn't lose its significance in the plot. Just making a point that seems to be increasingly lost in most of the discussions.

There are so many other things that can be said about Dylann Roof and his violent murder but it is very important that we don’t lose sight of the main facts. Nine people have been killed by a hateful man while they were trying to get a better understanding of their faith.
at June 19, 2015